According to Undefined Technologies, the “silent” flying reels in Florida are powered by ion thrusters. The company also released a video of a new outdoor flight test, which is expected to be commercially available in 2024. The Silent Ventus drone does not use propellers to fly. Undefined says its ‘silent’ ion-propelled drone has been flying for 4 1/2 minutes Instead, 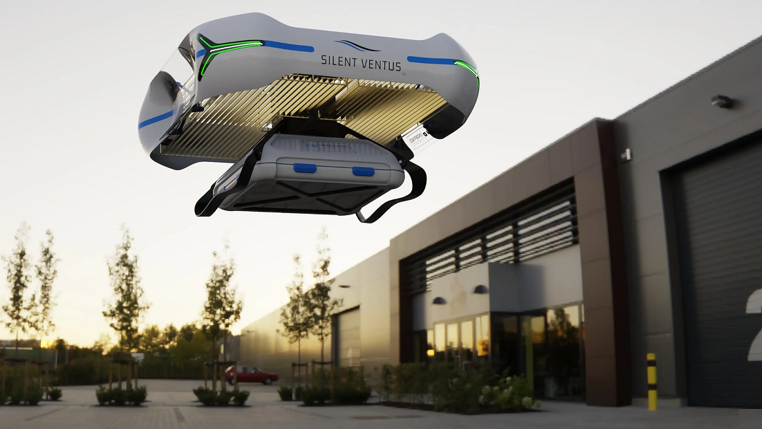 its entire broad structure creates two stacked grids of electrodes designed to create a high-voltage electric field that in turn can ionize oxygen and nitrogen molecules in the air, releasing electrons to give them a positive charge, which can then be driven downwards Propulsion to create an “ionic wind” that can generate thrust. According to Undefined itself, its Air Tantrum technology is capable of producing higher levels of thrust, “up to 150 percent compared to current ion thruster technology.” The company first demonstrated its technology in 2020, when it said it could achieve a 25-second flight time, but in a “test lab” video it showed only a few seconds of shaking, despite prominent displays on every wall , but it looks suspicious, like it was shot in a small box. The company later said the test drone produced about 90 decibels of noise — closer to a “hair dryer” than “silent.” Earlier this year, the company said the noise level dropped to 85 decibels after flying indoors for two and a half minutes, and it released a 39-second video as proof. Now, it says its prototype has flown for four and a half minutes, recording 1 minute 17 seconds of edited video in truly undefined fashion. And it was revealed that the drone achieved a noise level below 75 decibels. Undefined says it will fly for 15 minutes and achieve noise levels below 70 decibels by the end of 2023. Thomas Benda Jr., Undefined’s lead aerospace engineer, said in a release: “This 4-minute-plus flight requires advances in battery chemistry that can now provide us with higher energy densities. Lighter weight is part of the effort to target.” It’s unclear if reaching 15 minutes of battery life will require further technological advancements in battery chemistry or if the company has other tricks, and it’s also unclear what kind of endurance can be expected from a delivery book that carries a useful payload. Undefined says its “silent” 70-decibel drones will cause far fewer noise complaints in urban cargo delivery services than propeller designs. There’s no denying that it’s pretty cool to see these things fly on electric wind alone.