TikTok Android users spent an average of more than 1 hour and 22 minutes a day.

Edison Research (a data analysis company) released the latest US consumer behavior survey, saying that 82% of American adults surveyed now use social media, the same as in 2021. This means that, unlike other functional apps such as food delivery, online car-hailing or dating software, the pie in the social media market has not grown, and social media platforms are still competing for the same group of users.

The emergence of TikTok has disrupted the original situation of “one superpower and multiple powerhouses” (that is, Facebook-led, Meta’s social media matrix, and social media platforms such as SnapChat, Twitter, and Pinterest). What makes TikTok great is that it takes advantage of the short and capricious attention of consumers, and uses algorithms to accurately recommend short videos with a duration of less than 60 seconds based on user preferences. .

TikTok is “killing the Quartet” in the United States
Back in 2019, 70 percent of 10-year-old girls in the U.S. with a smartphone were using TikTok. According to Edison Research’s survey, users’ love for TikTok can also be seen from the use of various age groups, and Twitter, Snapchat, Pinterest and LinkedIn are already defeated.

About 36 percent of Americans over 12 were using TikTok as of this year, second only to Meta’s Facebook and Instagram, up from 11 percent two years ago. The survey showed that the percentage of users using Snapchat, LinkedIn and Pinterest declined during this period.

But it seems that Facebook has to pay a big price to seize young users.

TikTok is “killing the Quartet” in the United States
As can be seen from the figure, TikTok users in the 12-34 age group have surpassed Facebook, a significant change from 2 years ago. Two years ago, users aged 35 to 54 using TikTok accounted for only 5%, and now more than 1/3. The percentage of users in this age group using Snapchat and LinkedIn did not grow at all during that period, while it fell 5% on Pinterest.

The younger age of TikTok users is a unique point of differentiation among its social media rivals.

Snap released data saying that 75% of Snapchat’s users in 20 countries are between the ages of 13 and 34, but it did not disclose the usage of older users, and the outside world speculated that the data was not ideal as the reason for its non-disclosure.

Pinterest has been trying to capture the core user group, users other than Bao Ma.

Foreign media said that accessibility is one of the keys to TikTok’s standout. Evercore ISI analyst Mark Mahaney said that the appeal of TikTok lies in its intuitiveness. When you open the TikTok app, you can swipe through video content. Most other apps require users to register for an account before using it, such as Snapchat, and the camera immediately targets the user after opening. , which is a little scary for some people.

TikTok is “killing the Quartet” in the United States
The TikTok model has attracted the attention of American social media giants. Meta’s Reels, YouTube’s Shorts, Pinterest’s Watch, and Snapchat’s Spotlight were all born to attack TikTok. TikTok’s short-form video concept has even infiltrated the TV space with Netflix’s Fast Laughs, a feature that first launched in its mobile app last year as a vehicle for Netflix’s short-form programming.

eMarketer expects TikTok’s ad revenue to approach $4 billion in 2021 and triple this year, making it larger than the ad businesses of Twitter and Snapchat combined. By 2024, TikTok’s revenue will be roughly on par with YouTube, at more than $23 billion.

Although TikTok is in full swing, doubts from the outside world have not stopped so far. Evercore ISI’s Mahaney said there are a lot of people who are interested in running TikTok ads, but the involvement of big brands is rarely heard.

Revenue share has long been used to incentivize YouTube creators, and Meta is also exploring with Reels.

TikTok is also actively expanding its products from the perspective of video duration. Less than a year after raising the maximum length of a video to three minutes, TikTok once again said it would increase the length to 10 minutes. Similarweb data shows that the traffic of TikTok ads in the first quarter of 2022 increased by nearly 200%. Data from Similarweb shows that in March, TikTok Android users spent an average of more than 1 hour and 22 minutes a day. 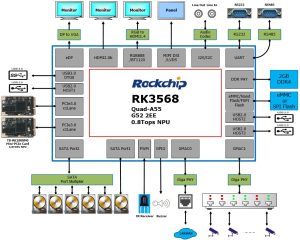